Nature and Scope - Moving Pictures, Optical Entertainments and the Advent of Cinema

This module of Victorian Popular Culture explores the pivotal era in entertainment history when previously static images came to life and moved for the first time. Through the wealth of printed and visual material as well as artefacts (see our Optical Entertainments exhibition and 360-degree object gallery) in this module, we are able to imagine the wide-eyed wonder of those early audiences, experiencing the magic of Victorian inventions and optical entertainments. Through the material selected for this resource, researchers are able to trace the history of cinema and the exciting journey it has taken from early visual entertainment such as shadows shows, to optical illusions, travelling entertainments in the form of peepshows and panoramas, the first projected images created by the camera obscura and magic lantern right through to the burgeoning film industry and the film star celebrities it created. 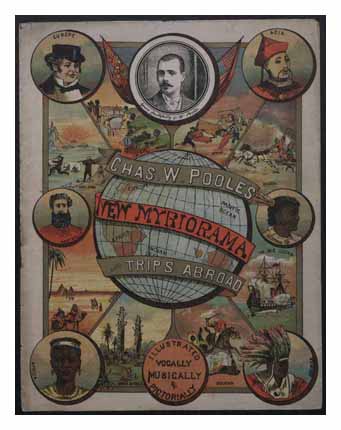 A wide range of material types can be explored, including:

Archives which have contributed material include:

The bulk of the material for this module has been sourced from this archive, situated at the University of Exeter, including the artefacts, printed ephemera, periodicals, printed books and merchandise.

A range of original films produced between 1894-1926 have been selected from this archive, highlighting developments in special effects and narrative techniques from the earliest days of cinema.

Supplementing the primary source material is a wealth of secondary resources, including a glossary of key terms, biographies of significant figures from this period, a dictionary of important venues, a visual gallery which allows users to create their own slideshows of images, and an interactive chronology. Unique to this module is the 360-degree object gallery for viewing a selection of optical entertainment artefacts, an online exhibition putting those artefacts in context and showing some devices in action in short video clips, and a selection of early film footage sourced from the British Film Institute.

* Please note: If you have purchased Module 4 only, you will not have access to Modules 1, 2 and 3 documents and primary source links within the secondary contextual material.